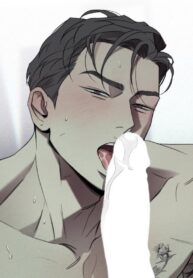 After the closing hour of the canteen when Josephh Landi (Jo) went outside to take out the trash bags he tried to get a picture of the beautiful starry sky but ended up capturing ,Yeongwoo (Ian) smoking in his balcony in his shot ..& both ended up locking eyes & the panicked Jo ended up running back to his shop ..Yeongwoo (Ian) who recently moved in to this town has a dark past & involved with underworld & Taejoon who belong to a powerful gang ..Although he wants to escape from his past but the power struggle in his gang & his involvement with Taejoon keeps dragging him into mess ..Amidst all he ends up carving for the pure & innocent guy Joe
————
The vibe is similar to JaXX & shutline with abroad setting..well the artist said they share similar taste